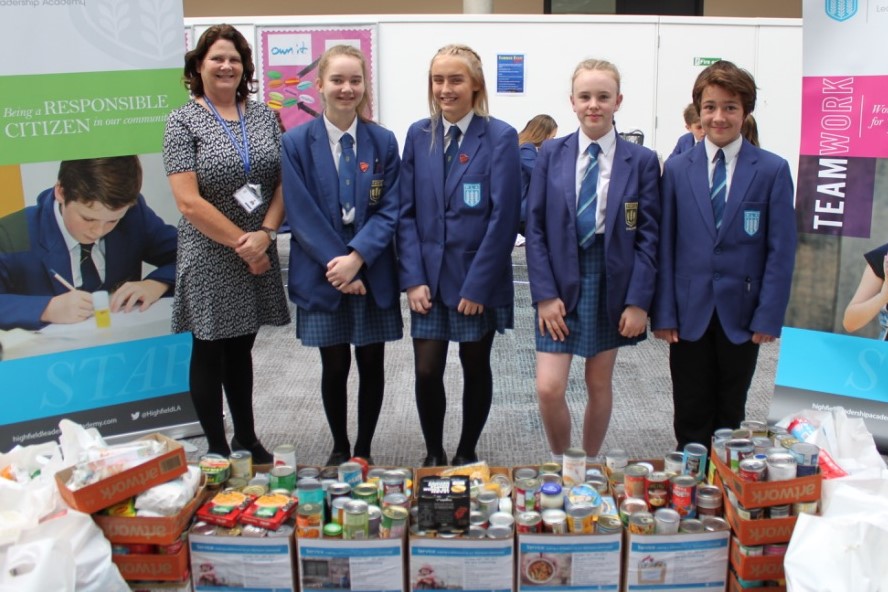 Kind-hearted pupils and their families have donated over half a tonne of foods and raised over £800 to help Blackpool people facing food poverty.

Highfield Leadership Academy recently ran an initiative to support Blackpool Food Partnership that saw the school community donate over 1,000 items, including 220 kilogrammes of rice and over 600 cans of food.

In keeping with the Academy’s mission to serve our local community, pupils enlisted the help of families and friends to collect a variety of pre-packaged food – including cans, jars, dried goods and long-life cartons – to be donated to those in need.

We have developed a partnership with Blackpool Food Partnership, a local charity that provides surplus food to over 48 organisations across the town including hostels and community kitchens. All of the organisations that receive food donations from the charity support people who are struggling to make ends meet, including elderly people, homeless people, and those on a low income. Without this extra help, many people would go for days – even weeks – without a substantial meal, often finding themselves suffering from the dangerous effects of hunger and malnutrition.

“Our pupils threw themselves into the challenge of collecting as much food as possible over the course of the last week or so and it is wonderful to see how keen they have been to lend a helping hand to those in need. Their civic leadership skills have really come to the fore. I would like to thank our parents and community for their generous contributions – it is truly wonderful to see people coming together to support this local cause.

“As a school, we are committed to becoming a force for good in our local community and we will be providing many more opportunities for our pupils to get involved in charitable projects and inspire positive social action in the future.”

The initiative has helped to raise awareness of the plight faced by many low-income families and individuals in Blackpool. Highfield pupils have been pleased to see the food they have collected being redirected to organisations that make a real difference to the lives of those less fortunate than themselves.

Year 11 pupil Lauren Tucker, who is Highfield’s Head Girl, was involved with the food collection. She said,

“It is vital that we do this and the amount of food we have received is outstanding. It’s a great service to provide for our community.”

The charitable Highfield pupils also used a non-uniform day at the end of term on Friday 27 October to raise over £829 for Blackpool Food Partnership.

Tracey Wilson from the Blackpool Food Partnership was grateful for our Academy’s donations of food and money. She said,

“Food poverty is on the increase in Blackpool and it’s really important to the Food Partnership that we tackle this need and ensure we reach the people who are going hungry in our town.

“We heavily rely on support and donations from places like Highfield Leadership Academy so we can continue to produce emergency food parcels for vulnerable individuals and families. On behalf of the partnership, we would like to thank all the students and teachers for their ongoing help and support. They can all be proud that they have helped make a difference.”

“It was really nice meeting Tracey and finding out more about food poverty in our local area, especially now we know we can help people in this position.  We feel inspired by Tracey and even though we are young, we are excited about making a difference.”

Highfield Leadership Academy pupils will have the opportunity to visit Blackpool Food Partnership’s premises during the winter term, where they will see how the food they have collected is organised and allocated and learn more about the individuals and organisations who will benefit from their donations. 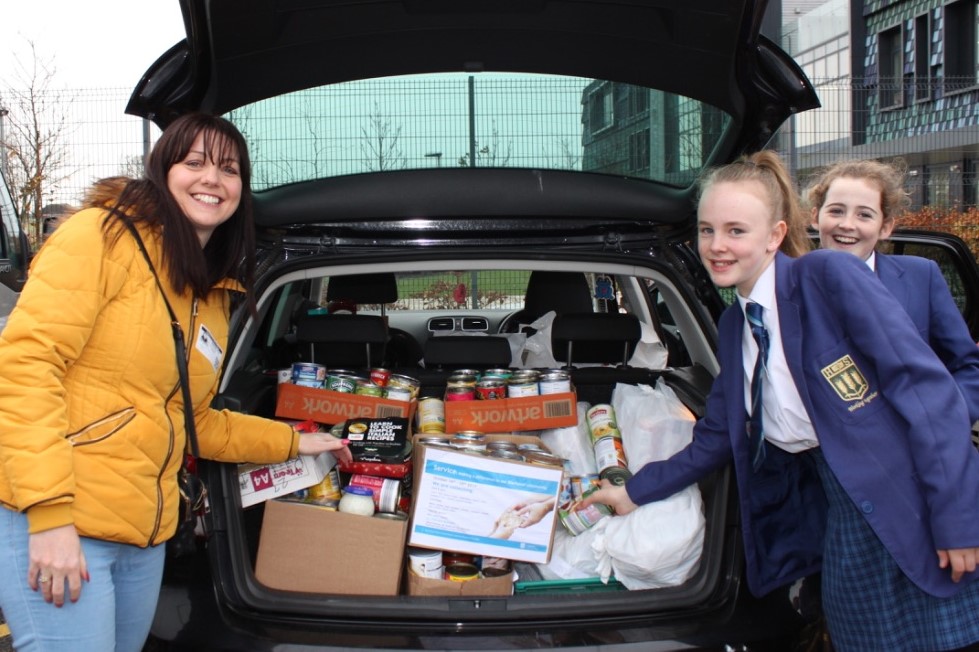