Pupils take a lead role in moving Act of Remembrance

The Academy fell silent on Friday morning as pupils and staff stood together to remember fallen heroes in an Act of Remembrance.

Our pupils took a lead role in the ceremony which saw the Highfield Leadership Academy community reflect on the meaning of Remembrance Day and demonstrate respect for the sacrifices made by those in the armed services.

Year 9 pupil Faye Patterson gave a moving rendition of The Last Post on her cornet, and triplets Afaf, Fajer and Israa Harrak, also from Year 9, recited a poignant poem they had written together.

Representatives of every year group gathered with Executive Principal Helen Mackenzie and Associate Principal Chris Wardle as wreaths were laid before a Remembrance Day display produced by pupils. Head Boy Ben Montgomery and Head Girl Lauren Tucker were also involved in leading the period of reflection as the whole school observed a two minute silence.

Every form group in the Academy took part, signing pledges of remembrance on posters to be displayed around school.

“It was very important to us to involve all Highfield pupils in our Remembrance Day activities this week. Throughout the week we have spent time in our tutor groups and assemblies reflecting on why we pause to remember those who gave their lives to serve their country, and linking this to modern British values. Many pupils have been involved in creating thought-provoking visual displays around school and large-scale poppies to adorn our windows.

“Friday’s Act of Remembrance consolidated all of this work in a whole school activity which our pupils handled with maturity and respect.”

Pupils’ displays around the school explored the symbolism of the poppy and a stunning recreation of Flanders Field provided the opportunity to pause and reflect. Pupil volunteers distributed poppies during breaks and lunchtimes. 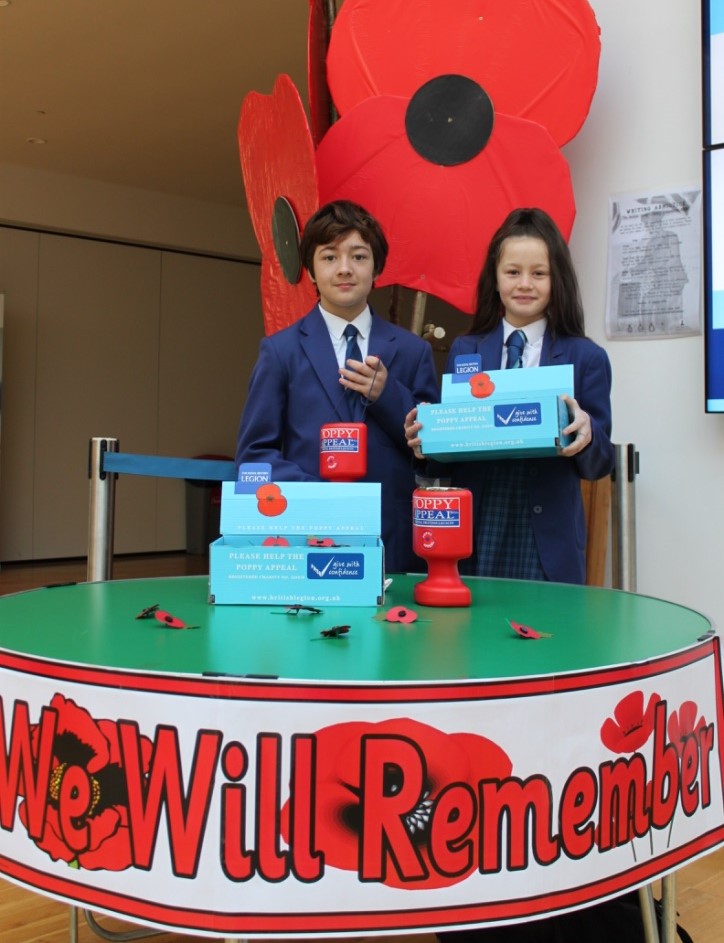 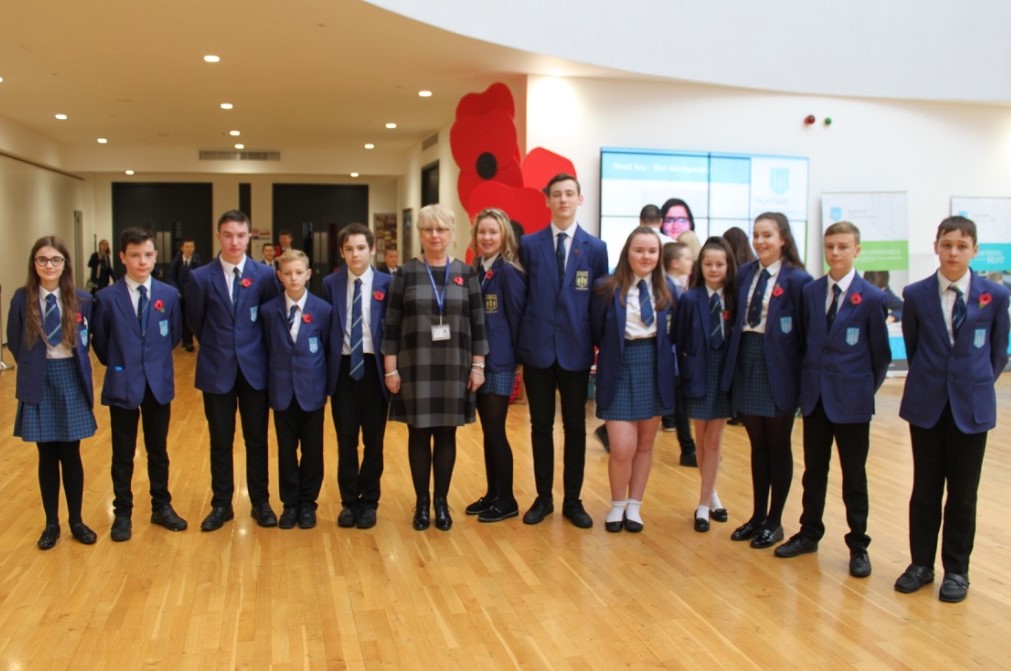 Representatives of each year group at Highfield Leadership Academy joined Executive Principal Helen Mackenzie OBE to lay a wreath during the school’s Act of Remembrance.