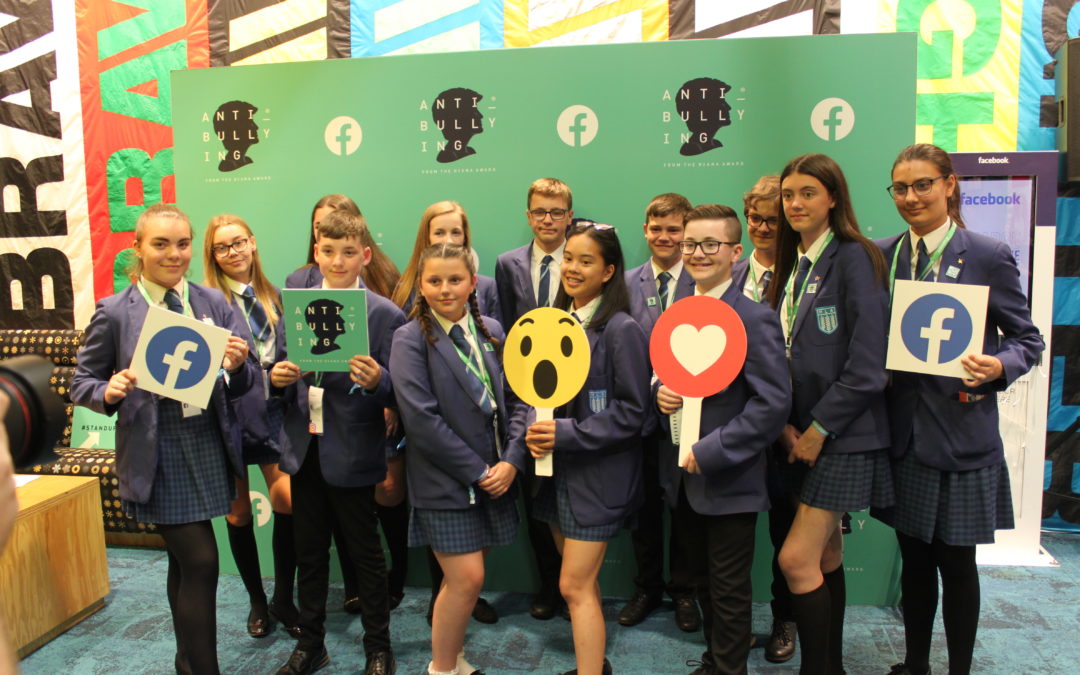 Pupils visited Facebook’s UK headquarters as a celebration of their work across the school community tackling bullying and sustaining positive change, following receiving the Diana Award.

The Diana Award – named in honour of Diana, Princess of Wales – is the most prestigious accolade a young person aged 9-25 can receive for social action or humanitarian work. It is given to young people who selflessly transform the lives of others by going above and beyond in their daily lives to create and sustain positive change.

The team of Anti-Bullying Ambassadors have been awarded the accolade in recognition of the positive steps they have taken in supporting the school’s senior leaders and staff to tackle bullying and poor behaviours within the school.

The anti-bullying group was established in February to create a ‘culture of kindness and respect’. The Year 7 to 10 pupils launched the initiative by introducing a mascot, Bill the Bull.  They delivered assemblies and introduced a new ‘Bill’ referral system so pupils can report anything they are worried about and can then be referred to a series of ‘Bill Clubs’. The clubs, which are focused on sports, relaxation, games and drop-in sessions, aim to help students to make new friendships, have fun and access support in an informal setting.

In March, the ambassadors attended a training day delivered by the Diana Award team, which inspired the team and gave them the tools and confidence to expand their work. Participants explored the meaning of bullying, the different types of bullying behaviour and the negative impact it can have, through drama, group work, games and presentations. They also examined how to tackle bullying by sharing their ideas with other schools, understanding their responsibilities and making an action plan. The training empowered them and gave them the confidence to train their peers to tackle bullying, make bullying uncool and help change these behaviours and attitudes.

On returning to school, the Anti-Bullying Ambassadors established a group to educate their peers about being safe online and spoke with senior staff at the school to embed special events in the school calendar. These have included a Friendship Fun Run, the Respect Games and Be Your Best Week, during which all pupils and staff took part in a programme of activities to tackle different types of prejudice and discrimination, including events to mark the national Stephen Lawrence Day.

Mindfulness and resilience workshops have also been introduced to support pupils at the school, with staff trained by NHS mental health practitioners to deliver them to all year groups.

In recognition of their work, the Anti-Bullying Ambassadors were invited to Facebook UK headquarters in London to give a presentation and to introduce a film about how they have worked with teachers to not only challenge and tackle bullying, but to create an environment where pupils respect one another, offer friendship and act with kindness.

The event, which was hosted by film and television actor Will Poulter, showcased the work of schools that have taken part in The Diana Award’s Anti-Bullying Ambassador Programme. The programme offers schools training for young people to provide peer-to-peer support and to learn how to challenge to bullying.

Pupils at the event heard from the Secretary of State for Digital, Culture, Media and Sport, Jeremy Wright, and Vice President of Facebook Europe, the Middle East and Africa (EMEA), Nicola Mendelsohn.

Following the event, the Anti-bullying Ambassadors have also earned a Respect Badge from the Diana Award, awarded in recognition of campaigns or initiatives that tackle identity-based bullying, champion diversity and inclusion, or promote equal rights by the Diana Trust, which was set up in memory of Princess Diana to further her passion to foster, develop and inspire positive change in the lives of young people.

“We are so proud that the work of our Anti-Bullying Ambassadors has been recognised with a Diana Award. These amazing young people are all passionate about enabling and encouraging everyone to be their best and to foster a culture of kindness in the school.

“They have contributed to the hard work by the whole school community to combat poor behaviours, which has also included the introduction of a new behaviour policy, and a zero tolerance approach to disruptive and red line behaviours. This has helped impact positively on the school’s culture, which was recently acknowledged by Ofsted.”

“I really enjoyed going to Facebook for the Diana Award. It was great to meet people from different schools and learn about how they are helping their peers tackle bullying behaviours. We also met some celebrities who spoke about their passion to stop bullying behaviours on and offline.”

“We are proud that our work is being celebrated. Being part of the Anti-Bullying Group has helped me to be more confident and be my best.”

“I really enjoyed our visit to Facebook for the Showcase event.  We are really proud of our work and more students and teachers are wanting to join our team.” 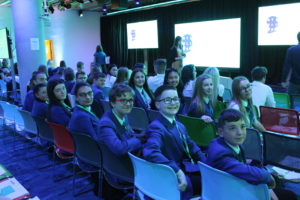 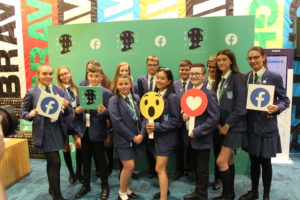 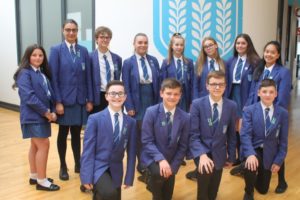