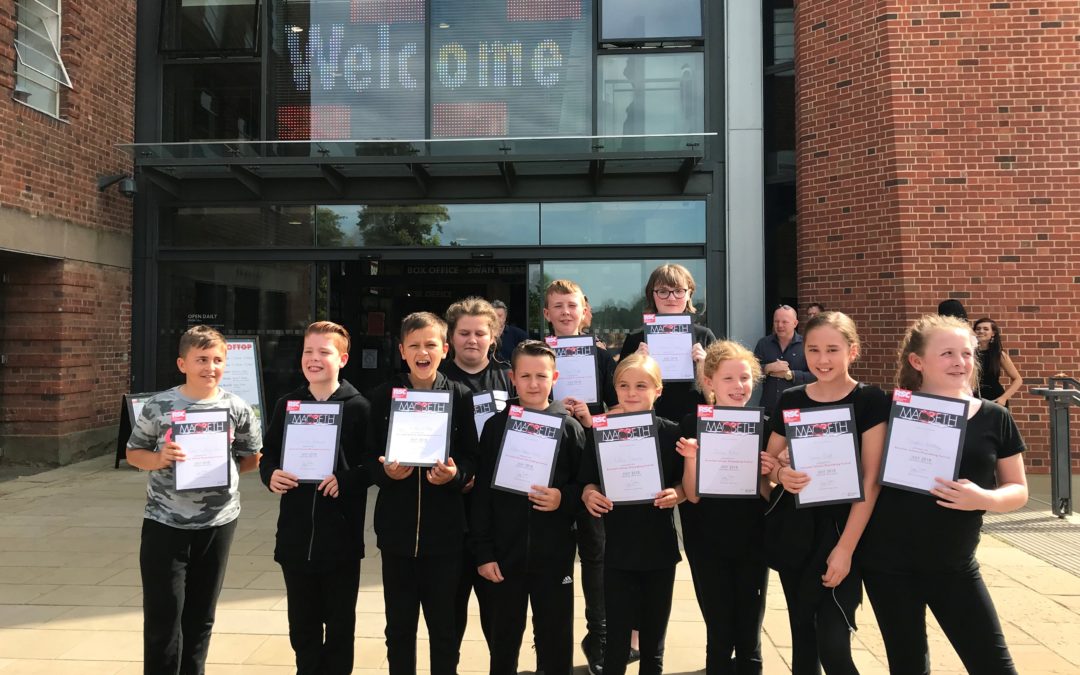 Pupils from 13 Blackpool schools who took part in the RSC Associate Schools Programme in partnership with The Grand Theatre have experienced the show of a lifetime, as they performed scenes from Macbeth in the Royal Shakespeare Theatre, Stratford-upon-Avon.

Highfield pupil Megan Cassidy, from Year 8, took on the lead role in four scenes played out by the young Blackpool actors. 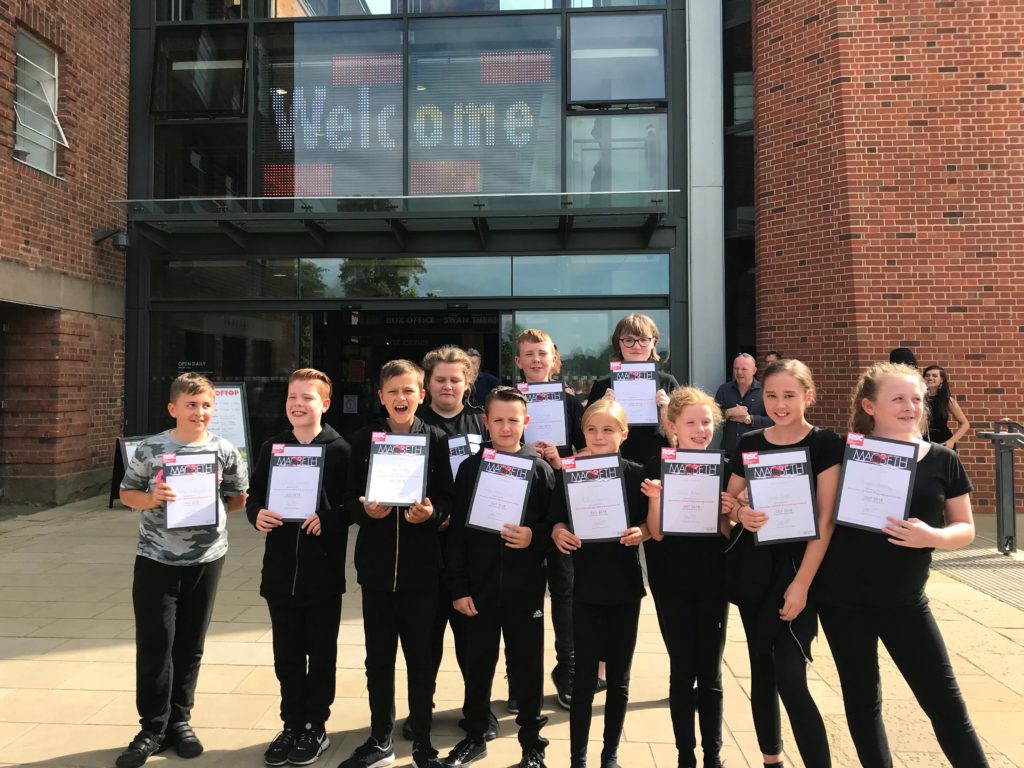 Other roles, including Lady Macbeth, Banquo and Macduff, were played by pupils from the following Blackpool schools:

The Stratford performance, on Wednesday 4 July, formed part of the RSC’s annual Playmaking Festival and brought together primary and secondary pupils from across the UK on a collaborative performance of Shakespeare’s Scottish play. Pupils came from Warwickshire, Northampton, Cornwall, North Staffordshire, Hull, Kent, Middlesborough and County Durham.

The groups from different regions each took on different sections of the play, performing four scenes each.

“The experience was fantastic – pupils learning what it was like to act in a professional theatre, performing Shakespeare on the same stage as the likes of Dame Judy Dench, David Tennent and Christopher Eccleston.

“The pupils did an amazing job in their performance to the audience – they were totally professional and engaging. Megan’s interpretation of Macbeth as he is faced with Banquo’s ghost was outstanding; such raw emotion and confusion could be seen through her facial expressions and movement. She had worked hard on her speech and this was evident in her performance. She was able to speak Shakespeare’s words on the Royal Shakespeare stage with real clarity and understanding.”

“To be chosen to play the lead role of Macbeth made me very proud and it was a special moment to act on the RSC stage. Working with many actors has given me a life-changing experience. From this, my career in acting could be made. It’s been good making friends from many different schools, and it was fun trying to work out the accents of the pupils from around the country.”

Kay McVey is a teacher at Our Lady of the Assumption Catholic Primary School, the school that led on the RSC Associate Schools programme in Blackpool. Kay said:

“It has been a privilege to take 15 very talented children, chosen from our Blackpool Associate schools, to perform an ensemble of Macbeth at the Royal Shakespeare Theatre in Stratford. The children came together to rehearse with such enthusiasm and commitment, and were fantastic in their performance. The RSC have given these children the experience of a lifetime – one that they all embraced and one that I’m sure will live with them forever!”

“I was astounded by the pupils’ ability to shape the scene and direct the piece working collaboratively with me. The pupils’ ideas and creativity were testament to the hard work of all the teachers throughout the year to give children the best possible introduction to Shakespeare, by doing it on their feet!”

Jacqui O’Hanlon, Director of Education at the RSC, said:

“When schools join our Associate Schools programme, they commit to working in long term partnership with the Royal Shakespeare Company and their regional theatre. At the heart of that work is a passion for making theatre together, whether that’s working on a scene in a classroom or staging a performance in a school hall or theatre. Our Playmaking Festival celebrates the talents of the young people, teachers and theatres that we are privileged to work in partnership with. It’s a celebration of the profound impact that partnerships between schools and theatres can have on the lives of students, partnerships forged out of a shared vision for education in which access to the arts plays a central part.”

Pupils from the Blackpool schools spent two days in Stratford, rehearsing on the RSC stage before their performance of a lifetime. They also managed some Shakespearian sightseeing, the highlight of which was a trip to Shakespeare’s birthplace, a half-timbered house in Henley Street, Stratford-upon-Avon.