Boy band The Shades in tune with Highfield around online safety 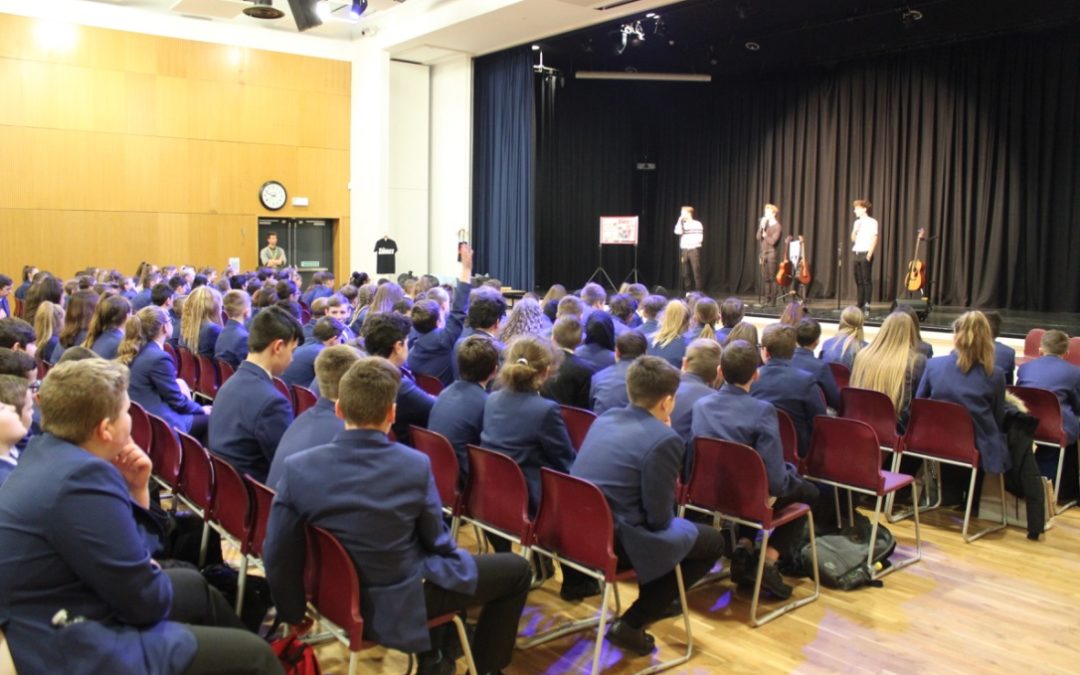 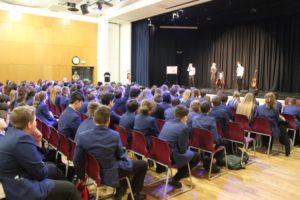 The band led workshops with pupils in all year groups that looked at the perils of the internet and social media, and the risks of cyber bullying.

Using his own experiences of being bullied online, The Shades guitarist and singer Nathan Lambert and his fellow band members encouraged discussions around how young people can take care of themselves online, and the importance of being kind to others too.

The workshops gave our pupils the opportunity to be open-minded and think of reasons that might lead people to become cyberbullies, as well as considering the consequences of using hurtful language online. The Shades’ sessions also tackled issues of prejudice and discrimination.

Highfield pupils were also treated to a mini-concert as The Shades performed cover versions of chart hits as well as some original material.

“The Shades were amazing – really good singers and so relatable for our pupils. Pupils were so enthused by the band’s visit that they were very attentive in the sessions. Everyone was able to take something from the day.”

“It was interesting to hear Tristan talk about his experiences online and how it affected him. It really made us all think about how we treat one another on social media in particular.”

“At Highfield we believe it is important for our young people to embrace technology as an integral part of society that can enrich our learning and communication. However, it is vital that all pupils understand how to use the internet, and social media in particular, responsibly and keep themselves safe online. Through our PHSE curriculum, we aim to help our pupils build resilience and show respect to other social media users. The visit from The Shades was a highly engaging way to promote these important messages.”

The Shades found fame on YouTube, on which they have over 30,000 subscribers. They have recently completed a UK tour with fellow YouTube sensation Jake Mitchell.

The Shades are keen to return to Highfield Leadership Academy.

“Highfield was one of the best schools we’ve been to – and we’ve been to a lot! Pupils were so engaging and characterful yet so well behaved. We don’t see many schools that are able to get the balance of enjoyment and behaviour so perfect; it’s been such a pleasure.”

Safer Internet Day takes place nationally on Tuesday 6 February. This year’s theme is ‘Create, Connect and Share Respect: a better internet starts with you’. Co-ordinated in the UK by the UK Safer Internet Centre, the celebration sees hundreds of schools and organisations join together to raise awareness of online safety issues. Find out more at www.saferinternetday.org.uk.