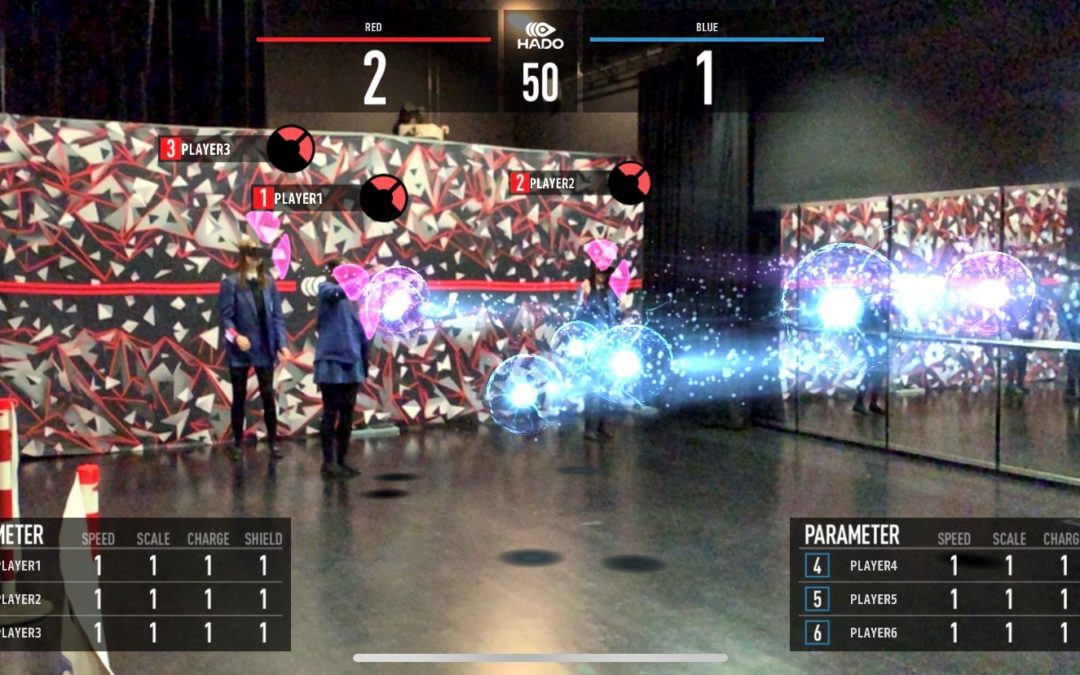 Pupils at Highfield Leadership Academy are going full ‘STEAM’ ahead as they explore science and technology careers of the future.

The school recently joined The STEAM School – an initiative which explores futuristic ideas from the fields of Science, Technology, Engineering, Art and Maths – to help pupils prepare for careers of the future. Pupils are given the opportunity to learn from leading specialists in their fields and take part in exciting hands-on activities to help bring science and technology to life.

This half-term, pupils donned head-sets to take part in an Augmented Reality (AR) Techno Sport experience by Hado UK. Hado, which means ‘energy wave’ in Japanese, was first developed in Tokyo six years ago and uses AR headsets and sensors, to provide players the ultimate mix of physical activity in an Augmented Reality setting.

In the game, which has been likened to a kind of virtual dodgeball, pupils worked together in teams as they fired and dodged virtual balls around an arena to score points. Hado has quickly growing in popularity and players can now even compete in the European and Championships and World Cup.

“This has been such a wonderful opportunity for our pupils.Not only have they been able to experience science and technology in a fun and exciting way, but they have also been able to speak to industry experts and leaders in the field of Augmented Reality.The pupils are becoming more switched on to science because of these activities. They are going home to their parents and teaching them about the things they have learnt. It’s wonderful to see them becoming more engaged and excited about the possibilities that Science and Technology can offer.”

“I think it’s good for us to have these kinds of lessons in school. The games really helped us to work as a team and to bond as a group. It’s amazing to see how far technology has come. I really look forward to my science lessons now and I think our whole class is really excited about what will come next.”