Highfield Kick Off Remembrance Commemorations with Truce in the Trenches Match 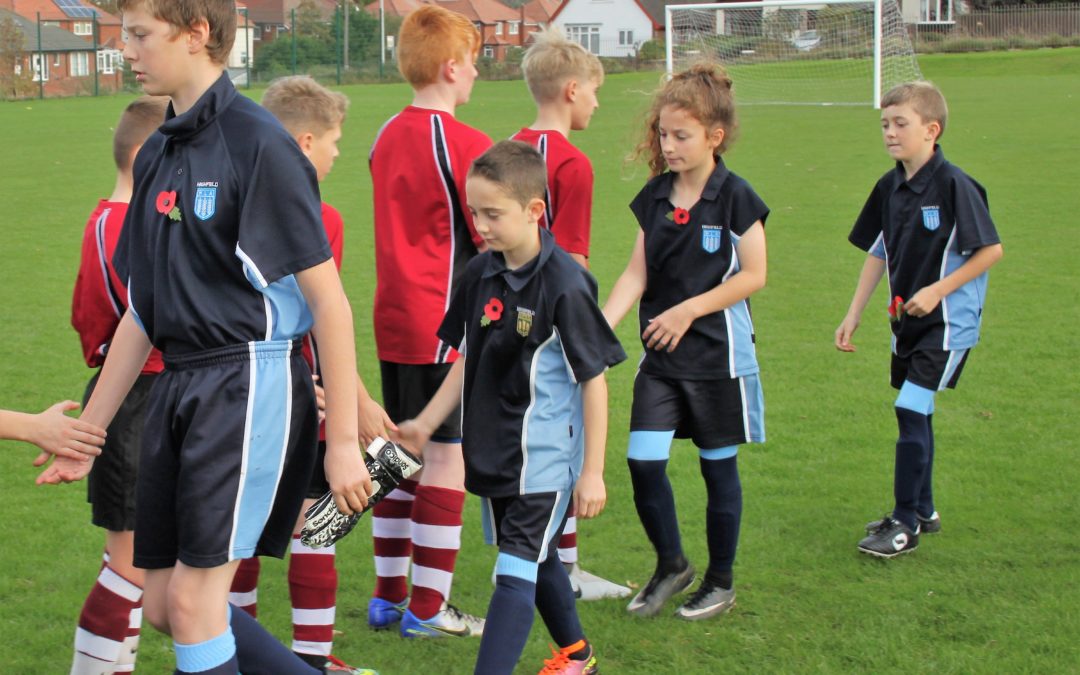 Pupils from Highfield Leadership Academy began their acts of remembrance to mark the 100 year anniversary of the end of World War I with a football match.

The Year 7 football team took inspiration through learning about the 1914 Christmas Truce, where unofficial ceasefires took place along the Western Front, with soldiers venturing into no man’s land to share festive goodwill and a game of football.

To honour the historical event, our pupils invited teams from local schools to take part in their Truce in the Trenches matches. Pupils handed their peers poppies to wear and held a minute of silence in honour of the brave who lost their lives during WWI.

Readings around the humanity of the Christmas Truce were delivered by our pupils, which was followed by symbolic handshakes as a sign of friendship to local schools. The matches concluded with the sharing of snacks, which allowed pupils to learn more about the lives of their opposition, just as was believed to have happened in 1914.

“I was proud to represent my academy, and it showed everyone that it is important to put your differences aside and get on. We wanted to show our respect to all the soldiers who went to war and all the people who wanted peace for everyone.”

“We were delighted to be able to make the idea of our Year 7 pupils a reality through our Truce in the Trenches football match. It was a unique way of bringing an historical act of remembrance to life through sport, especially in this significant year which marks the 100 year anniversary of Armistice Day. Thank you to St George’s School, Montgomery High School and St Mary’s Catholic Academy for coming to take part.”