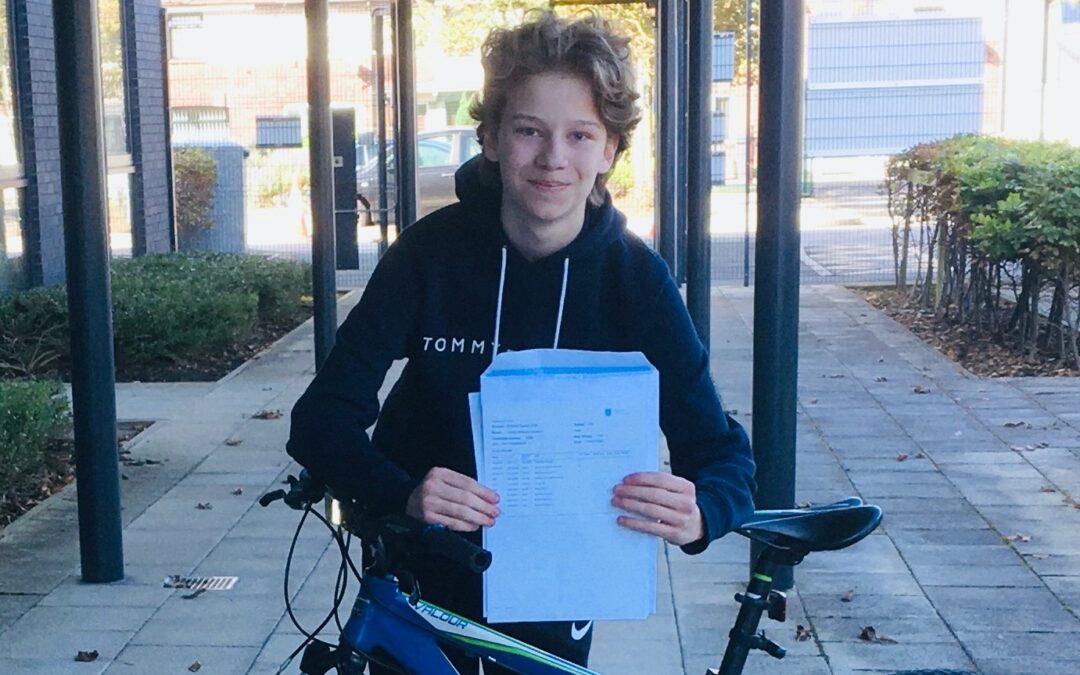 Pupils at Highfield Leadership Academy are celebrating their GCSE achievements.

GCSE exams were cancelled this year, due to the coronavirus pandemic, and pupils were awarded grades based on their overall progress in their courses. Teachers at the Blackpool school said they were proud of their pupils’ endeavours and resilience and joined together today to celebrate their results.

For many pupils though, the exam results represented just one small part of their achievements during their time at the school. 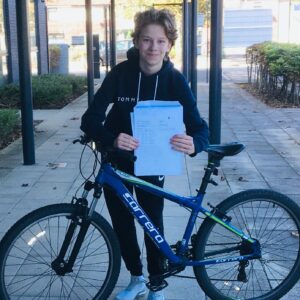 Jordan Hubbard, whose GCSE grades included two grade 8s, four grade 7s and two grade 6s, spent his time at Highfield Leadership Academy helping to lead positive change.  Jordan was one of the academy’s Pupil Council representatives and along with his peers was instrumental in working with staff to make improvements to the school’s reward system. As a prefect and Transition Leader, Jordan helped younger pupils feel part of the Highfield Family.

The pupil was so committed to his studies that even a house move did not stop him from attending school punctually each day. After moving out of the area, the dedicated pupil spent nearly two-hours each day cycling to and from school. He said:

“Well, it’s just what you have to do if you want to ‘Be Your Best’. A piece of toast from Mrs Dodgson was enough to get me to my lessons after my Tour De Blackpool.” 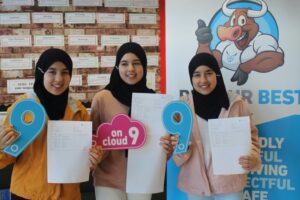 Hardworking triplets, Israa, Afaf and Fajer Harrak, have been offered a place at Rossall School thanks to their dedication, enthusiasm and positive behaviour. The talented pupils gained a highflying mix of the highest grades – 9s, 8s and 7s – in their GCSEs. But for them, their academic achievements are just one part of their life at Highfield Leadership Academy.

The pupils supported many charity and volunteer events and have worked hard with their fellow pupils and school staff to tackle food poverty in the local area. The pupils were struck by tragedy after members of their family died in the Grenfell fire but despite their heartbreak, the kind-hearted pupils were determined to bring some comfort to those who were affected by the fire. Israa, Afaf and Fajer dedicated themselves to the Green for Grenfell campaign, ensuring that the school honoured the memory of those who lost their lives in the tragedy.  They said: “We are very happy, over the moon – speechless really!”

Earlier this year, Amy Harrison was awarded pupil of the year in Star Academies’ inaugural Star Awards. Her teachers describe her as a studious, caring and resilient young person who has overcome a lot of adversity to successfully complete her GCSEs.  Amy was an Anti-Bullying Ambassador, a Pupil Council representative and Prefect at Highfield.  Amy lost her father in difficult circumstances last year but despite this, her commitment to her studies and leadership roles never swayed. Along with two of her friends, Amy secured a £15,000 grant from Headstart, which is being used to support other pupils experiencing challenging personal events.

Amy said: “I feel very emotional, relieved and proud! I am looking forward to going Blackpool and Fylde College to study nursing.”

Luke Black was another of Highfield’s top achievers, gaining five grade 9s, one grade 8 and three grade 7s. As well as being committed to his studies, Luke was a Senior Prefect and keen sportsman, who played for Fleetwood Town Football Club and swam for Lancashire. He hopes to go to Blackpool 6th Form to study Maths, Further Maths and Computer Science.

“We would like to congratulate all our pupils who have worked so hard and with commitment, despite living through such challenging times. All of our pupils deserve praise for their exceptional achievements, and I would encourage all our pupils to continue to strive to be their best. These stories about our wonderful pupils demonstrate the kindness and commitment that makes us all so proud of our young people here at Highfield. Thank you to all our teachers and parents for working hard to help our pupils. None of this would have been possible without your help.”