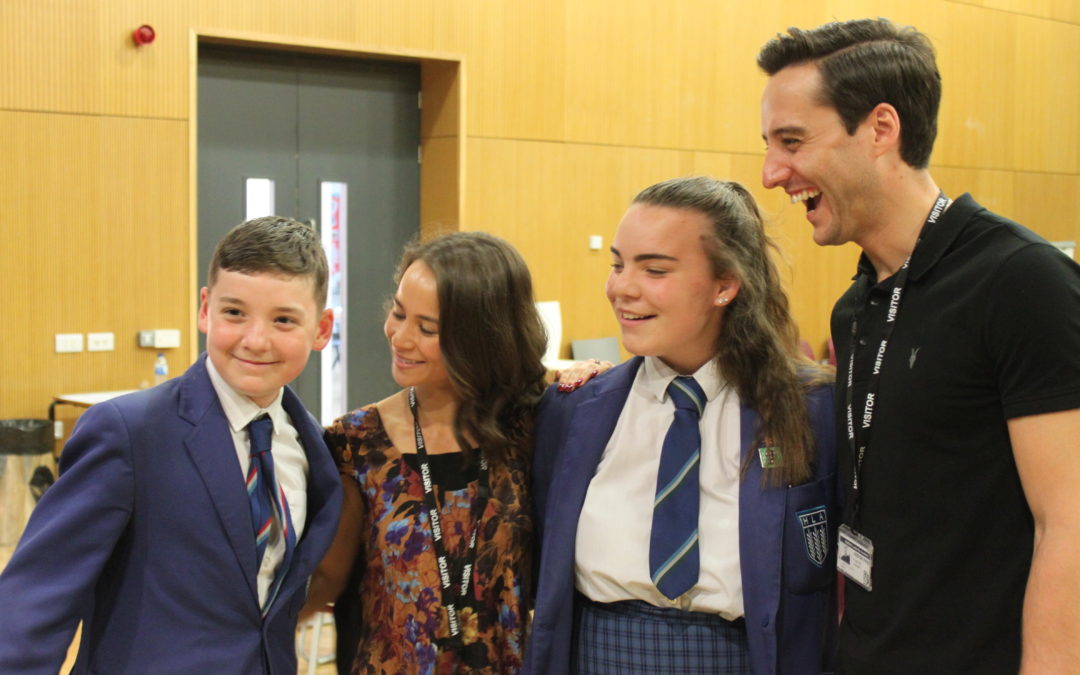 Dancing on Ice pro-skater Alex Demetriou visited his former school, to speak to pupils at their end of year Special Awards Ceremony.

The event was held to celebrate the achievements of 135 pupils who have demonstrated the academy’s STAR values of Service, Teamwork, Ambition and Respect to an exceptional standard.

At the event, Alex spoke about his journey from Highfield to Dancing on Ice, and pupils were inspired by his story of determination and perseverance. He talked about the importance of hard work and self-belief and told pupils, “when someone tells you no, work harder until they say yes.”

The pupils were recognised for a variety of achievements across the school year and at the event Alex spoke about his journey from Highfield to Dancing on Ice.  Pupils were inspired by his story of determination and perseverance. He talked about hard work and self-belief and told pupils ‘when someone tells you no, work harder until they say yes’.

Several pupils received special recognition for their voluntary and fundraising work, which has benefited local food banks, the homeless charity Streetlife and Trinity Hospice. Pupils were also commended for their community service, which has included helping elderly people get to grips with the internet as part of the Silver Surfers Project and cleaning up the local beach as part of the Love My Beach Project.

Pupils who planned, hosted and supported the school’s anti-bullying work received special recognition for their efforts and were congratulated on their success in devising and implementing a Culture of Kindness and Respect programme within the academy.

A number of pupils who prepared and presented workshops for pupils and parents during Highfield’s Transition Week were also rewarded for their hard work.

Pupil Council members were praised for their commitment and dedication to making a difference, promoting Pupil Voice, and working with staff to bring about positive changes within the academy. By working together as an effective team, Council members have succeeded in improving the dinner time experience, facilitating the introduction of more enrichment clubs and helping to secure approval for a learning resource area for pupils and members of the community to meet and work together.

The event culminated in pupils giving their own STAR showcase performances, which included singing, playing music and dancing individually-choreographed pieces. Alex and his wife Carlotta (who is also a professional skater) were so impressed with the pupils that they talked to many of them individually, signed autographs and posed for photos.

Andrew Galbraith, Principal, said: “We are all very proud of this large group of pupils who have, through a variety of ways, demonstrated our STAR values during the school year. Many of the initiatives undertaken this year will leave a lasting impact both on our school and the wider community.”