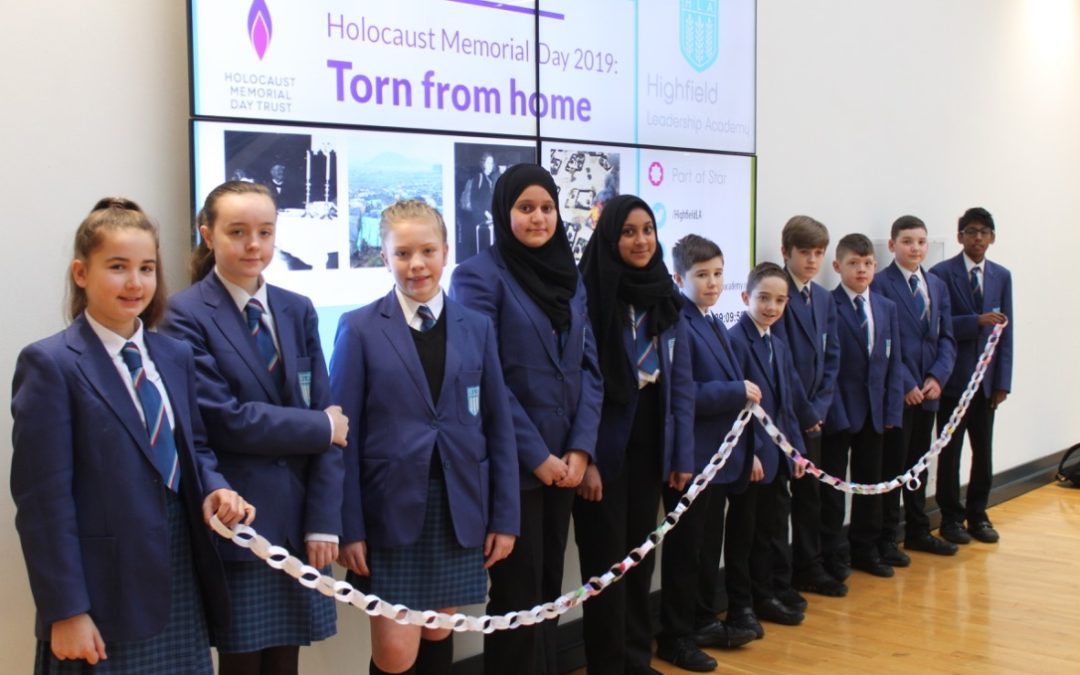 Pupils took part in a week of activities to commemorate Holocaust Memorial Day to remember those who suffered under Nazi persecution and understand how genocide still happens today and what we can do to prevent it.

Holocaust Memorial Day, held on 27 January each year to mark the liberation of concentration camp Auschwitz, is an international day of remembrance for the millions of people murdered in the Holocaust under Nazi persecution and in the genocides which followed in Cambodia, Rwanda, Bosnia, and Darfur.

Pupils engaged in Holocaust Memorial day activities in lessons across the curriculum including English, History, Religious Education and PSHE to deepen their understanding of genocide. Pupils explored this year’s Holocaust Memorial Day theme of ‘Torn from Home’ to appreciate how families were torn apart, with young children separated from their parents, not knowing if they would ever see them again. Focus was put on victims of genocide such as Marie Chantal Uwamaharo, Chanrithy Him, Louise Gould and Anne Frank.

Pupils also led assemblies for their year groups reflecting upon what genocide is, how it begins and how it affects individuals and communities.  The students were asked to consider how this links to pupils’ behaviour and challenged their peers to think about prejudice, discrimination and the power of our words.

Students also made paper chains on which they wrote messages to remember victims of genocide and demonstrate their commitment to working together to stop prejudice, discrimination and genocide. The paper chains will be taken to Auschwitz Birkenau to be placed on the British memorial during a school visit to the concentration camp later this year.

Pupil Charlotte Kendrick, who has visited the concentration camp near Krakow on a previous visit by the school, said:

“Learning about Holocaust Memorial Day and the genocides it commemorates really bought home the individual human story of the Holocaust, as the huge numbers killed seem so horrifyingly unimaginable to young people today. It helped me to realise how atrocious and heart-breaking this part of our history is. History becomes more than a textbook.  It helps us to understand why it is important to learn about the past as it can help us change the present and protect the future.”

“It is the 80th anniversary of the start of the Second World War this year and as its horrors fade from living memory, it is more important than ever that we listen and learn from those still with us who survived the Holocaust and other genocides that have sadly taken place since.” 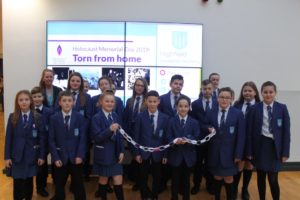 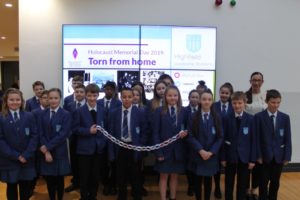 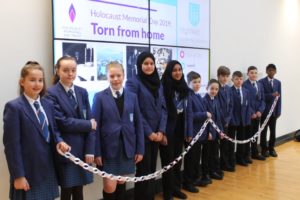