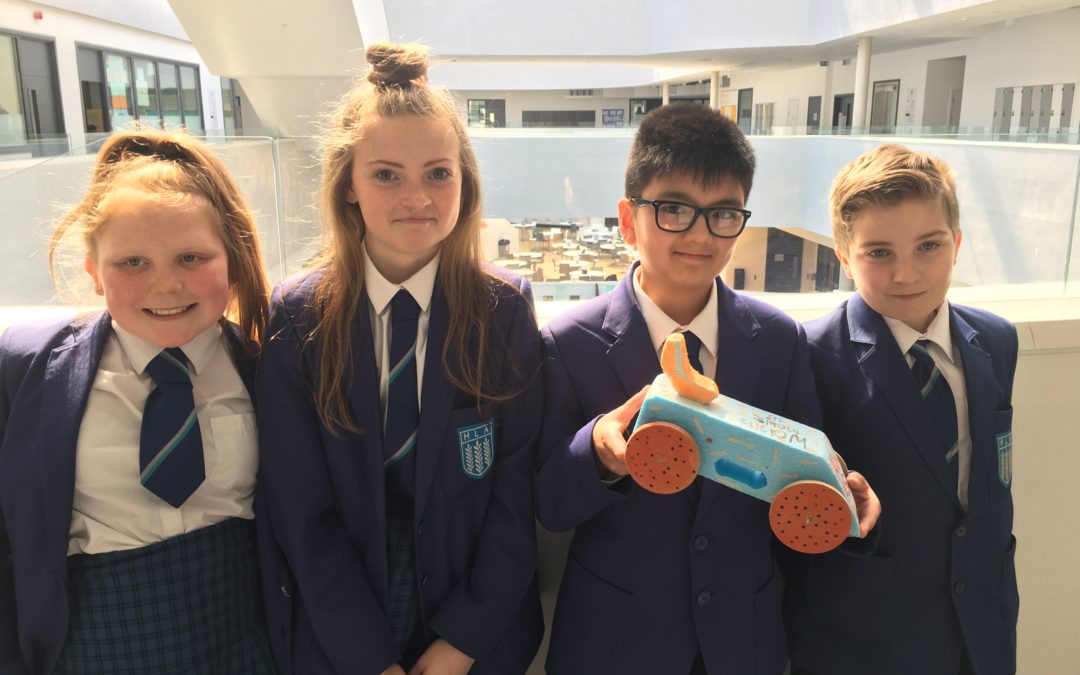 Four Highfield Leadership Academy pupils are preparing to race a rocket car they have designed and built themselves in the regional championships of the Race For The Line competition.

Year 7s Alisha Saxon, Abi Wilson, Sameer Hashemi and Oren Williams will race their car – named ‘The Wotsit’– against others built by young people in schools from across Lancashire at the event at Fulwood Barracks in Preston on Tuesday 15 May. 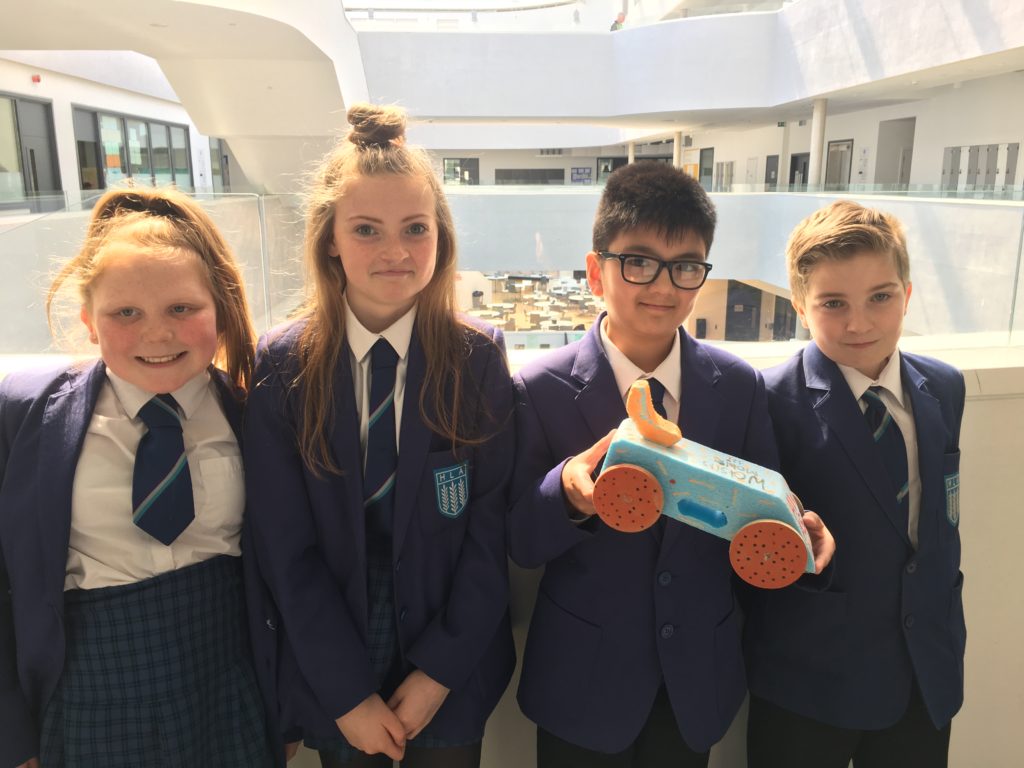 Race For The Line, run by the Bloodhound Project in association with the RAF and British Army, aims to encourage pupils to work in teams to develop a rocket car powered by a small solid fuel rocket motor.

The Bloodhound Project visited Highfield in late March. Our Year 7 pupils had a blast working in teams to create their own rocket cars. After spending time in science lessons designing and building the vehicles from foam material, the teams programmed a BBC micro:bit mini-computer to capture real-time data from testing their rocket cars. They then downloaded and analysed the data to inform adaptations to their designs, ready to race their cars against those of other Highfield teams.

“Over the course of The Bloodhound Project, our pupils have developed a range of skills including the importance of forces on a car’s velocity, and how exothermic reactions are used to make rocket engines, as well as improving their collaborative learning skills. The pupils were completely engaged with the set-up, detonation and the recording of data.

“In preparation for the regional championships, our teams are making some adaptations to their car, such as modifying its wheels and focusing on the main body of the car.”

If successful at the Race For The Line regional championship in Preston, the Highfield team and their rocket car The Wotsit will be entered for the national final.

“We are so pleased and surprised that our car won on the day.  We enjoyed watching all the rockets taking off.  The project was really fun and it was great to work as a team.”

The Bloodhound Project is a global engineering adventure that aims to inspire the next generation to enjoy, explore and get involved in science, technology, engineering and mathematics.