All the world’s a stage for two GCSE drama students 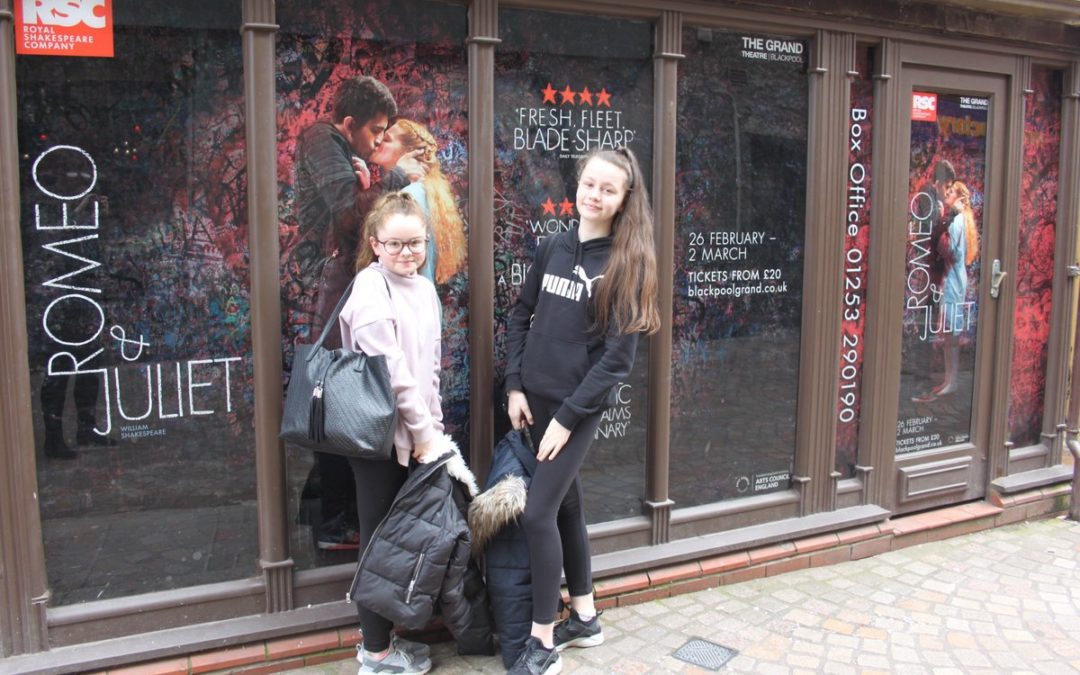 William Shakespeare may have written that “All the world’s a stage, And all the men and women merely players…” but for two pupils the only stage that mattered was that of the Blackpool Grand Theatre.

GCSE drama students Alesha Bell and Emilie Tetlow were given a chance many professional actors would jump at when they performed with the Royal Shakespeare Company’s (RSC) touring production of Romeo and Juliet. On Friday night and twice on Saturday, they featured in the ensemble cast in four scenes of the tragic tale of two star crossed lovers, alongside members of the RSC’s professional company.

The two young thespians were chosen to appear thanks to the school’s involvement with the RSC Associate Schools Programme. The programme is open to secondary, primary and special state schools in England in areas of socio-economic deprivation.

“It has been a dream come true to be chosen to perform with the Royal Shakespeare Company. We have loved every moment of the experience and have learned so much, from acting rehearsals to the technical side of the preparations and then finally the actual performances. We were so excited and nervous before we went on stage but the whole thing just flew by. Now we wish we could do it again and again.”

“This was such an incredible opportunity for Alesha and Emilie. I’m sure this is an experience that the girls will remember for the rest of their lives. We are all incredibly proud of them as they appeared in such a prestigious Royal Shakespeare Company production. We encourage our students to show excellence in their passions and to grab every opportunity given to them with both hands.”

To find out more about the RSC Associate Schools Programme visit https://www.rsc.org.uk/education/associate-schools-programme 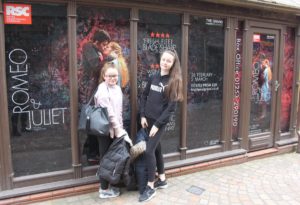 Emilie Tetlow and Alesha Bell outside the Grand Theatre in Blackpool ahead of their technical rehearsal prior to appearing in the Royal Shakespeare Company’s performance of Romeo and Juliet.