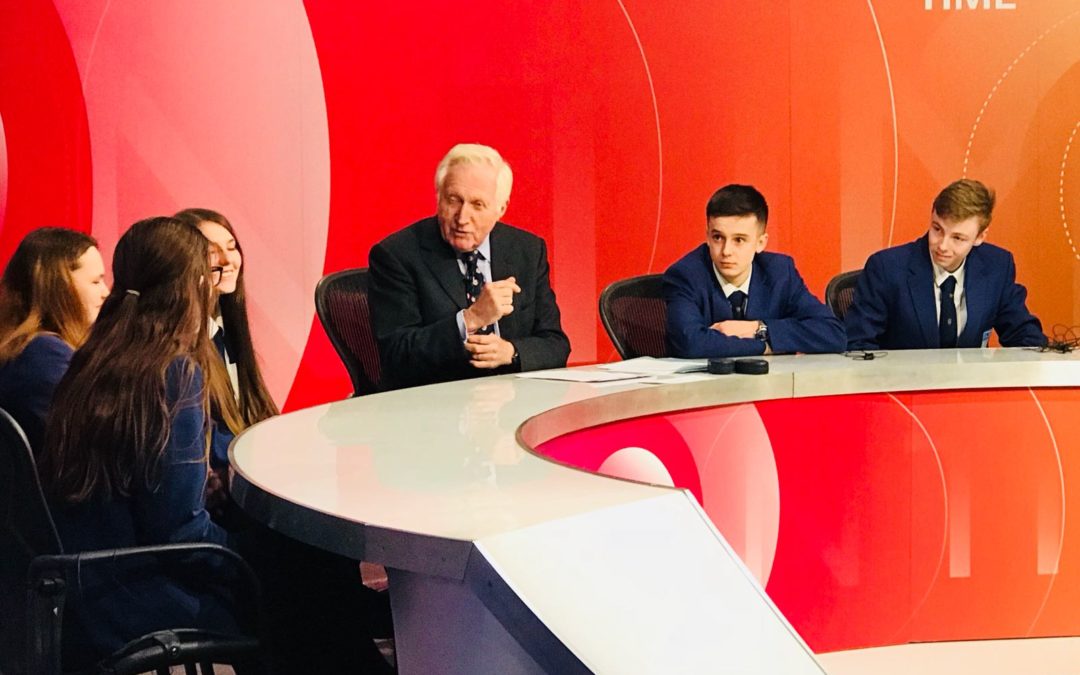 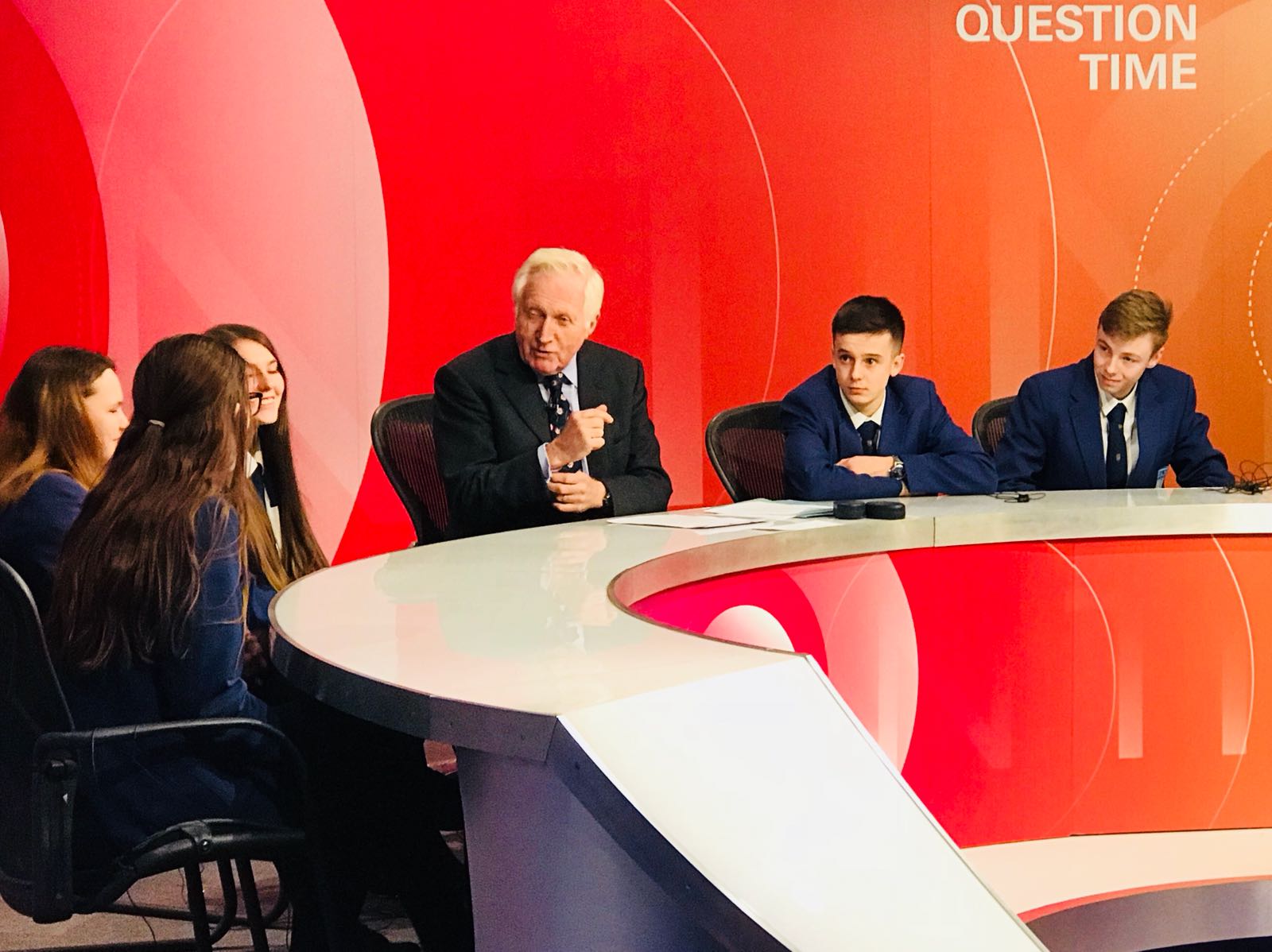 “It isn’t every day that the BBC chooses your school from which to broadcast their flagship current affairs debate programme, so from the outset we were keen to make the most of the opportunities for learning experiences for our pupils.

“We involved pupils with a particular interest in the media and current affairs and also backstage production who would benefit most from being immersed in the making of a television programme. To have the opportunity to watch first-hand how such a high profile BBC programme is put together was a unique opportunity and our pupils embraced it as part of their studies.”

The programme’s familiar panel desk, backdrop and audience seating was set up in Highfield’s own theatre.

15 pupils from Years 10 and 11 took part in a technical workshop, exploring the Question Time set, how it is lit and the sound arrangements for the broadcast. Another 15 pupils from Year 11 who study media and creative arts watched the programme’s rehearsal, and even had the chance to put their questions to esteemed broadcaster David Dimbleby.

The opportunity provided a unique experience that undoubtedly inspired our pupils to realise their future potential. To hear from such a celebrated broadcaster as David Dimbleby and to observe the broadcast production team demonstrating key attributes such as teamworking and professionalism was a hugely valuable experience for these young people, the leaders of tomorrow.

“Working with the Question Time team was amazing. The crew and BBC staff were so interesting and it was great that they were able to spend time with us explaining how things work. We felt very proud that such an important event happened at Highfield Leadership Academy.”

Four more Highfield pupils, including our Head Girl, benefited from an opportunity to represent their school to an audience of around 150 people from the local area. Working with the broadcaster’s production team to greet audience members and collate their questions for the panel, pupils showcased their own leadership skills while gaining a fascinating insight into the debate element of the programme.

“It was great to host the Highfield Leadership Academy pupils and give them a real insight and behind-the-scenes experience of the processes and principles of what goes into producing Question Time. We thank for them for participating as panellists during rehearsals with David Dimbleby!”