Pupils teamed up with Fylde BeachCare to look after the local environment through two beach cleans.

As part of the school’s ‘Be Your Best’ initiative, pupils are committed to playing an active part in the community. To help improve their surroundings, pupils took part in a workshop led by representatives from the Fylde LOVEmyBEACH campaign.

Emily Parr from BeachCare – a partnership delivered by Keep Britain Tidy –  talked to pupils about how to stay safe on the beach and why it is the responsibility of everyone to look after beaches in order to keep the environment tidy and to support marine life.

The group of pupils were able to see first-hand the damage caused by irresponsible littering, as they carried out two of their own beach cleaning operations. Items collected included everything from bottles to leftover BBQ materials.

Since receiving the talks and participating in the beach clean, pupils have taken a keen interest in their local environment and, exemplifying the school’s value of Service, have launched a beach cleaning campaign so they can positively impact on their community.

Pupils have established a litter picking rota and have started collecting crisp packets for recycling. The collected crisp packets are being recycled through Terracycle who donate to Kicks Count for every recyclable item received. The charity uses all money received to raise awareness of baby’s movements to reduce the stillbirth rate in the UK.

Highfield Leadership Academy’s Pupil Council has also recommended and secured on-going volunteer opportunities so that pupils in Year 7, 8 and 9 can commit to regular beach cleans throughout the next academic year.

“It’s wonderful to see our pupils so enthusiastic about looking after their local environment. Thank you to Fylde BeachCare who sent representatives to educate our students, which led us to be able to conduct learning outside of the classroom. We are looking forward to our next beach clean which will take place in July.” 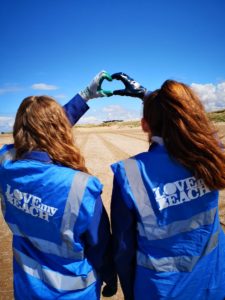 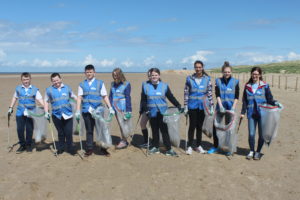 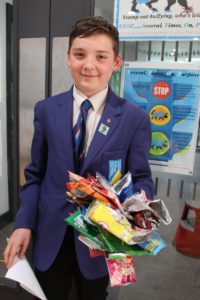