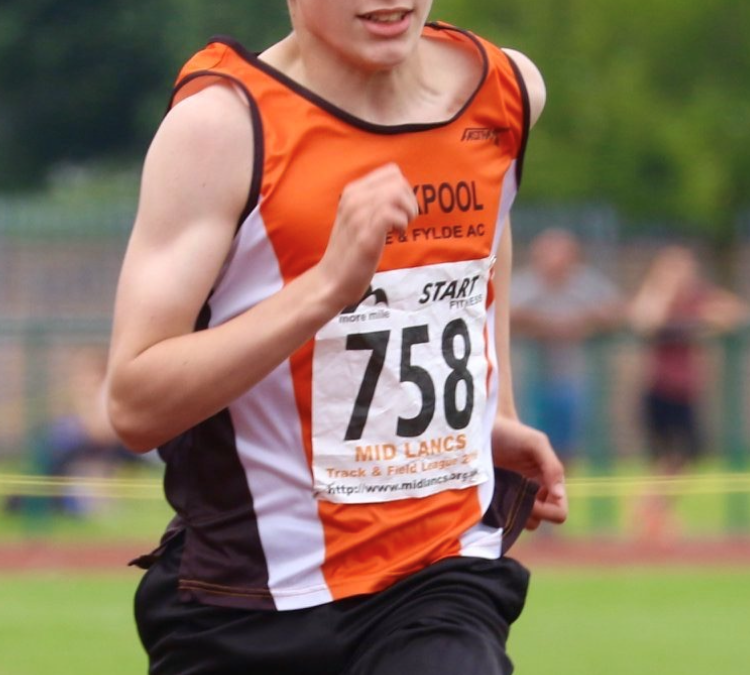 A teenager from South Shore is sprinting his way to success after a remarkable win in an athletics competition.

The talented 14-year-old completed the race in just 11.74 secs – managing to stave off competition from athletes in the U17s and U20s age groups.

Charlie’s success came after months of lockdown restrictions made it difficult for the Year 10 pupil to continue with his training schedule.

But where restrictions allowed, the dedicated schoolboy took part in virtual training sessions over video calling platforms to continue his progress. 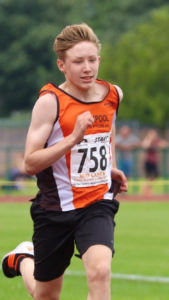 Charlie began his athletics career at Blackpool Wyre & Fylde Athletics Club (BWFAC) in 2017 and moved to his sprint coach, Sarah Parsons, in September 2018.

In 2019 Charlie took part in his first competitive event at the Lancashire County Championships where he qualified for the final of the 100m with a time of 12.6 secs. He went on to come sixth in the final with a new PB of 12.2 secs.

Charlie then went on to take part in the Mid Lancs League, running in Blackpool, Lancaster and Litherland.  He qualified for the Medal Meeting and came away with a silver medal in the 100m and a bronze in the 200m.

At the beginning of 2020 Charlie began to compete in indoor athletics events including the 60m and 200m. He gained PBs in both events which placed him, 31st in the 60m and 18th in the 200m, in the UK Rankings at that time.

Charlie said: “I always go out on the track to do my best times and was really happy with my recent win and PB as I’d not really trained properly for it due to COVID-19. It was a really nice surprise. I’m very excited to imagine just how fast I could run with more training!”

Sarah Auty, Charlie’s mother, said: “I am so proud of Charlie’s achievements – I knew that the little boy who wanted me to time him running to the top of the street would be fast. But I never dreamed he’d do as well as he has. To see him make so much progress in the first 12 months of competing has been wonderful. I would love to see him represent his county.”

Mr Galbraith said: “Charlie is clearly a very talented athlete and has even broken a school sports day record for the 200m which had been held for 19 years.

“We are always pleased to hear about our pupils’ sporting achievements and Charlie’s commitment to his training during these difficult times has to be admired.

“Charlie really does represent the incredible spirit of our pupils here at Highfield. Throughout the pandemic and lockdown our pupils have looked for ways to continue on their journeys.

“I couldn’t be prouder of Charlie’s and all our pupils’ incredible achievements during these difficult times.”