Winning is as easy as 1, 2, 3 for Highfield Maths Challenge team

On Monday 10 July, our pupils Charlie Standing, Morgan Faulkner, Timm Musk and Lee Black were crowned champions in the maths competition for secondary schools from across the town.

As 2016 winners, we hosted the finals of the contest which pitted Highfield teams against teams from South Shore Academy, Lytham St Anne’s High School, and Aspire Academy.

Our Deputy Head of Maths Mr Harwood said, “The annual Blackpool Maths Challenge showcases the mathematical talent among Year 7 pupils in schools from across the town. The contest aimed to find the area’s highest achievers in mathematical dexterity, teamwork and communication.

“Everyone at Highfield is extremely proud of Charlie, Morgan, Timm and Lee. They demonstrated outstanding mental arithmetic and problem-solving skills and fantastic memory too.”

Success in the early rounds put the Highfield team through to the final rounds of tasks. It was here when the pupils’ listening and advanced problem-solving skills were most rigorously tested.

Pupil Charlie Standing commented, “We really enjoyed the event, especially the mental maths challenge round because we were able to work as a team to overcome the problems.”

Mr Harwood added, “Special mention must be made of Highfield pupils Tiffany Baines, Mia Beilby-Duckett, Blue Ayres and Ellie Skeen who worked extremely well in their team too.”

We are now determined to hold on to our title for a third consecutive year, when a new Year 7 team take part in the contest in 2018. 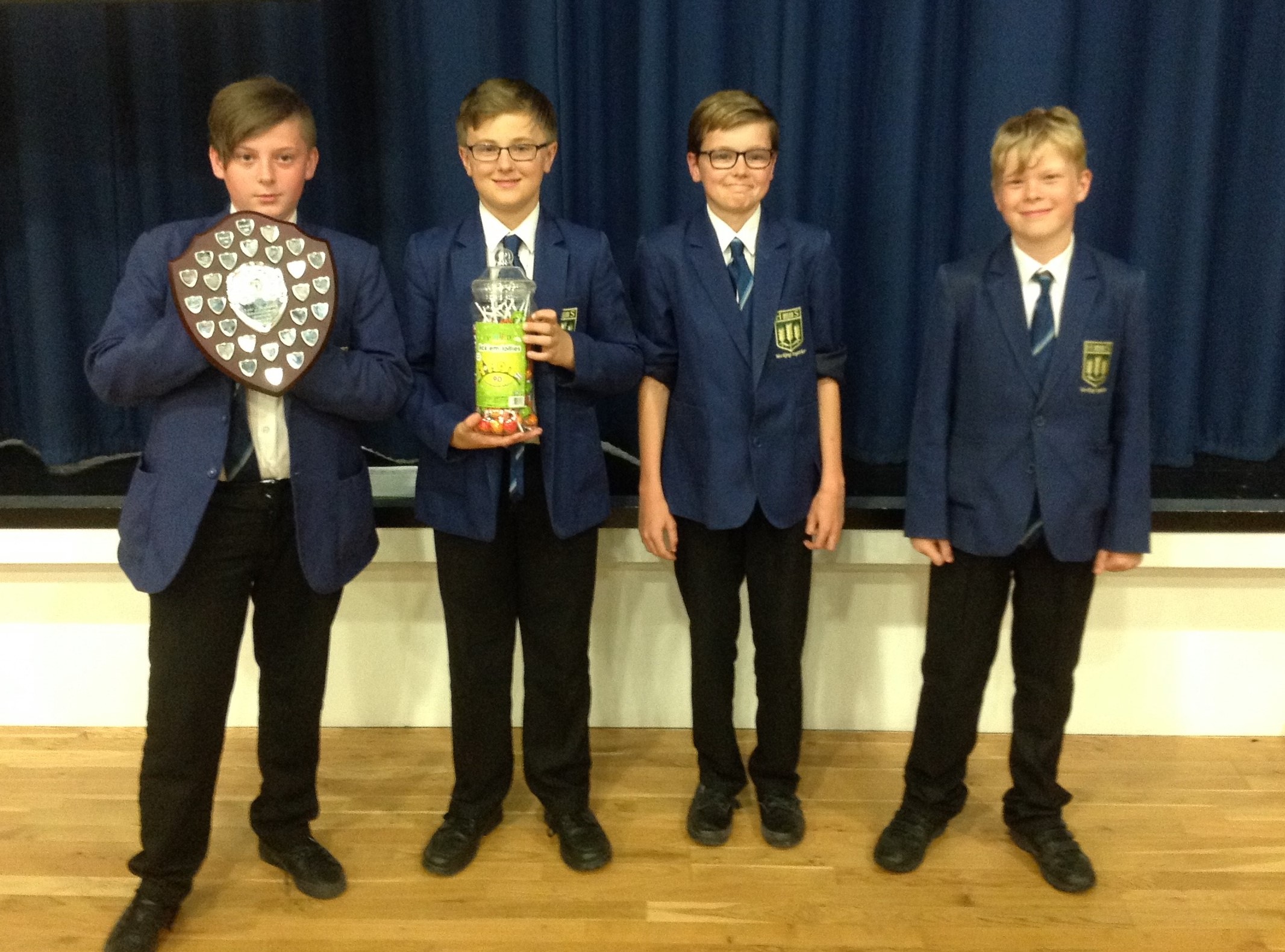 Year 7 pupils at Highfield Leadership Academy with the trophies they won as victors in the Year 7 Blackpool Maths Challenge – left to right are Charlie Standing, Morgan Faulkner, Timm Musk and Lee Black